LGBT History Month was created in 1994 by a high school history teacher in Missouri called Rodney Wilson. The month was initially chosen to include the by-then well-established National Coming Out Day on Oct. 11 and the anniversary of the first march on Washington by LGBT people in 1979 on Oct. 14. The month now also includes Spirit Day on Oct. 20, on which people around the country wear purple in support of LGBT youth; Ally Week, a week in which allies against LGBT bullying are celebrated; and the anniversary of 21-year-old Matthew Shepard's murder on Oct. 12, 1998, which sparked the Matthew Shepard and James Byrd, Jr. Hate Crimes Prevention Act.

During the early years, the celebration was largely marked by a call to action and commemoration. But since then, LGBT History Month has blossomed into a national coordinated effort to highlight exemplary role models from the LGBT community. 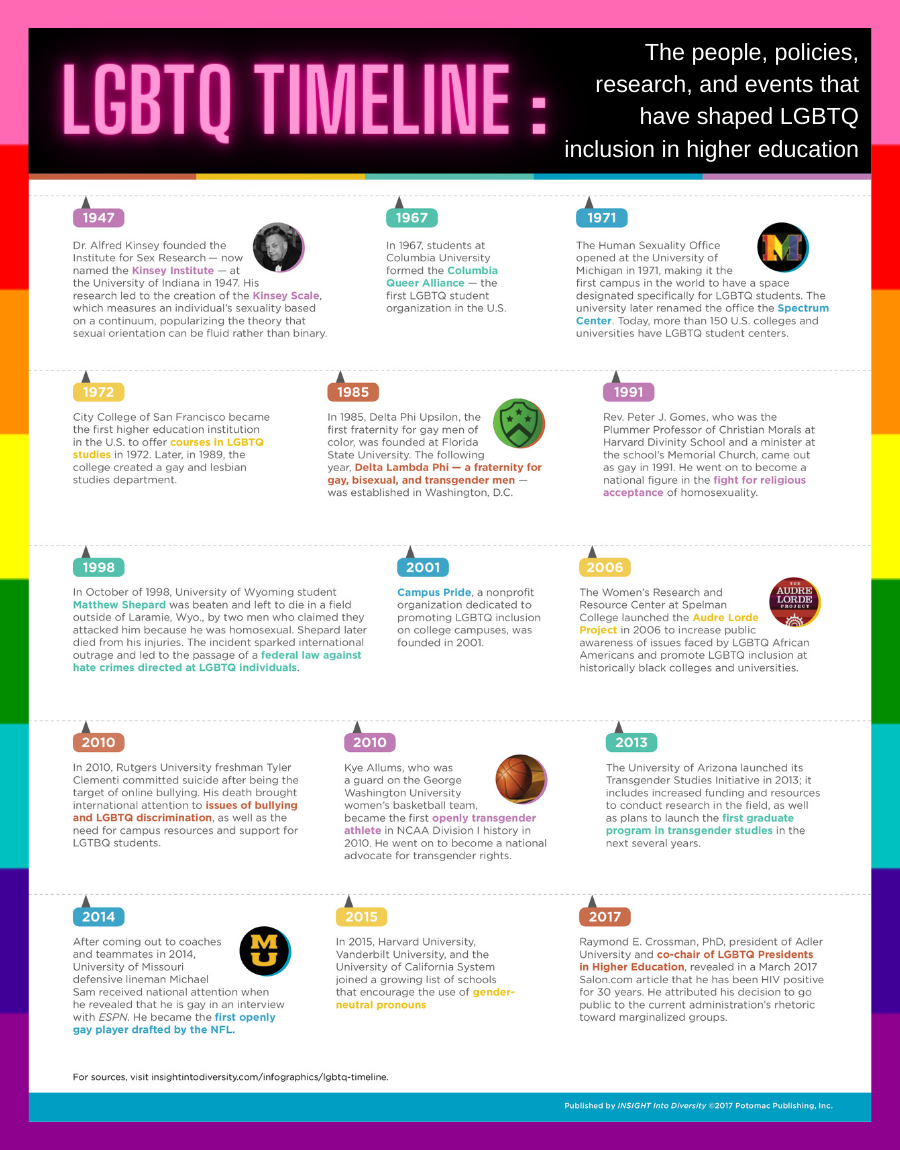